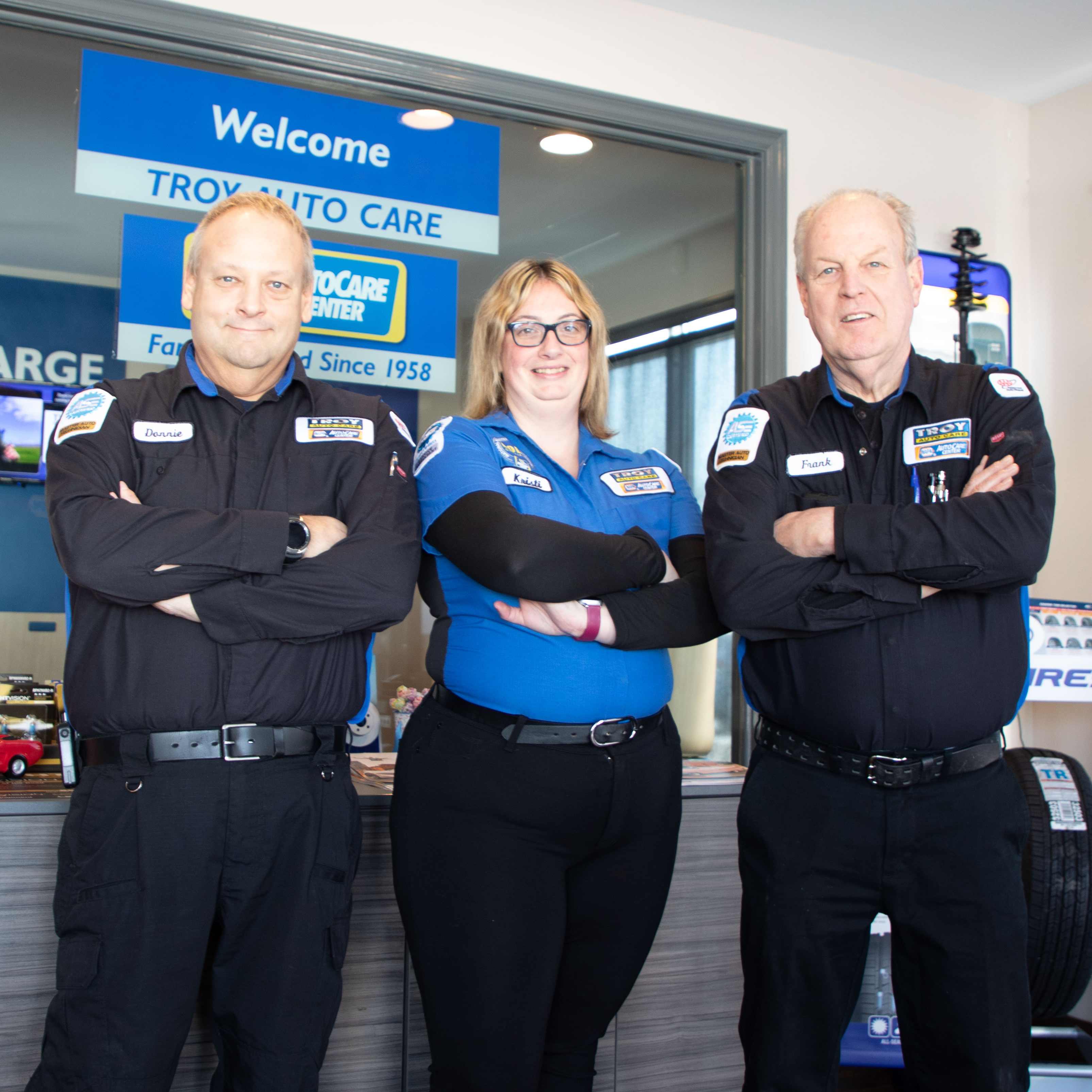 2022 Autocare Center of the Year

Troy Auto Care, with three locations in Troy, Michigan, has been named the NAPA AutoCare Center of the Year. Owner Donnie, Kristi and Frank Hudson have been a proponent of the AutoCare program for over 22 years. Troy Auto Care joined the NAPA AutoCare program in 1999. Donnie and his brother Frank were partners in a full-service Shell gas station that was in the family from the time their father started the business in 1958. In addition to gasoline, the Shell station offered repair and towing service. When Shell got out of the repair side, the brothers decided to concentrate their efforts exclusively on Troy Auto Care. They opened their first standalone NAPA AutoCare center in April 1998 and their second NAPA AutoCare location, a 14-bay facility, in January 2019 that Donnie’s wife Kristi Hudson operates and runs. A third shop, an 18-bay NAPA Truck Service Center, was added last summer. The Hudson’s have been TRACS users from the beginning and at the forefront of NAPA AutoCare Gold Certification.

In addition to being a Gold Certified NAPA AutoCare Center, Troy Auto Care is also a AAA- Approved Auto Repair Center. Troy Auto Care’s dedication to this program was recognized by their AAA Club as they have been chosen as the AAA Service Provider of Excellence Gold Award for their road service operation in 2014 and again in 2018. They have also received the AAA Approved Auto Repair Center of the Year Award in 2018, 2019, and 2020.

Troy Auto Care takes advantage of most everything the NAPA AutoCare toolbox has to offer. In addition to NAPA TRACS and Gold certification, Donnie’s a firm believer in PROimage. The two Troy Auto Care locations, as well as the Truck Service Center, are PROimaged inside and out. Digital Vehicle Inspection (DVI) has also been a game changer at Troy Auto Care. DVI has helped increase both sales and the number of customers coming back for recommended services by 26%. The Hudson’s also take advantage of other NAPA programs including AutoNet TV, Optimize Social Media, and NAPA Autotech Training including online classes as well as technician training.

As president of the Northern Detroit Business Development Group (BDG) for nine years, Donnie helped grow the group from nine to 15 members. The BDG is very active in the community and for years has supported the Play-Place Autism and Special Needs Center, the Jenna Kast Believe in Miracles Foundation and National Kidney Foundation. This fall, the BDG group sponsored the Frightful 5K and 1K Pumpkin Family Fun Run, Safety Bash, the City of Troy Christmas Tree Lighting, and Toys for Tots toy drive. The BDG has raised over $106,000 for local charities since the group was organized.

Donnie not only serves the community through his efforts at Troy Auto Care and the BDG, but he’s also been a member of the Troy Fire Department since 1994 and was named the 2016 Fireman of the Year and the 2017 Fire Instructor of the Year. He joined the fire department as a probationary firefighter in 1994, became Station Lieutenant in 2001, Captain in 2010, and was recently promoted to Assistant fire Chief in 2021. Whether it’s firefighting, volunteering, or running Troy Auto Care, Donnie is passionate about everything he does. 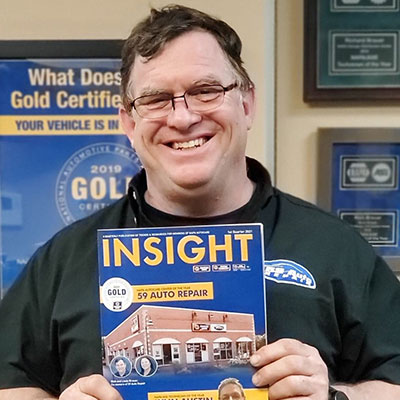 2021 Autocare Center of the Year

59 Auto Repair in Plainfield, Illinois, has been named the 2021 NAPA AutoCare Center of the Year. Owners Rich and Linda Brauer have been loyal NAPA customers since 2007 and their shop was one of the first in the Chicago area to receive AutoCare Gold certification. Rich and his wife Linda purchased 59 Auto Repair in 2006 and have been working hard ever since to make the business the best it can possibly be. They believe in creating a work environment that makes people want to come to work. Many of their employees have worked at 59 Auto Repair for over a decade! Their family and team are dedicated to treating their customers like family by providing the highest quality to them.

59 Auto Repair utilizes many of the AutoCare programs to give that family insider experience. Rich and Linda believe in the importance of ASE Certifications and staying up to date on training. All the technicians at 59 Auto Repair are ASE Certified, making them ASE Blue Seal Certified, with a combined 38 certifications! Rich and Linda also utilize the NAPA AutoCare Apprentice Program and currently have 2 Apprentices training. Rich leads by example with training, he was awarded the Hands-On Pico Scope Power User certificate in 2019 when he attended 32 hours of ASA PICO Scope Training Classes!

59 Auto Repair is heavily involved in the automotive industry. They are associated with Lincoln Technical Institute where Rich was inducted into their Hall of Fame in 2018. 59 Auto Repair is also an American Express Card Member Favorite as an approved small business, a AAA Approved Repair Facility, a member of National Federation of Independent Business (NFIB) where they donate to help advocate for small businesses everywhere, helping lobby to make laws favorable for small businesses. In 2018 and 2019, 59 Auto Repair was voted a Nextdoor Neighbor Neighborhood Favorite, an award given out to only 1% of businesses. They were also recognized as a Top 50 Shop in the Chicagoland area and were voted Patch Readers' Choice for repair shops in Plainfield, IL. What may be the biggest award was being recognized as the first automotive shop in the United States to earn a GreenLink Certification for environmentally friendly business practices.

59 Auto Repair and their team are also active in their community. Rich and Linda donate car repairs to families at their church in need, collect food items for their local food pantry and are active members in the Plainfield Rotary Club. Linda acts as the President of the Rotary Club where she was awarded the Service Above Self Award. Being a family run shop comes back in community service, several of the members of 59 Auto Repair are also hands on in their community. 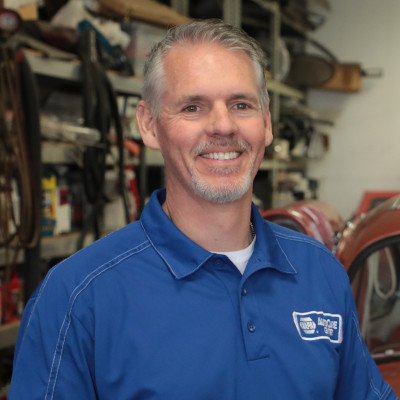 2020 Autocare Center of the Year

McNeil’s Auto Care operates two shops in Utah, the original location in Sandy, UT and the new location which opened in 2019 in Riverton, Utah. Pete and his team provide the highest quality service to their customers and McNeil’s utilizes many AutoCare programs to drive bay traffic and increase AROs.

Since 1982, McNeil’s Auto Care has built a reputation of providing superior quality work in the automotive industry. This is exemplified by their many achievements and accreditation’s including being ranked #1 in customer satisfaction by AAA. In 2018 McNeil’s expanded their Sandy location to 16 bays to accommodate their partnership with local schools for continued growth of their Apprenticeship program, which served as the foundation for the National Apprentice program launched by NAPA AutoCare in 2019.

McNeil’s Auto Care is heavily involved in the automotive industry. Pete and his team dedicate time to the industry including judging Skills USA Competitions and dedicating bays in the business to training. McNeil’s also won the 2018 Apex Award for Business Partner of the Year from the Canyons Board of Education and Administration for their partnership with local schools to educate and train aspiring technicians. Pete is dedicated to having a well-trained staff, with over 64 ASE Certifications, as well as 4 pending work experience. Pete’s lead technician, Jake Sorenson, was also the 2019 NAPA/ASE Technician of the Year winner.

In addition to heavy involvement in the automotive industry, Pete and his team find time to give back to the local community through Church activities, car wash and Golf fundraisers, multiple charity events and a Van donation to a local deserving couple. They also donate their time and money to community cleanup days and Scholarship Funds. As you can see, McNeil’s Auto Care is not just an asset to the NAPA family, but the aftermarket industry as a whole. 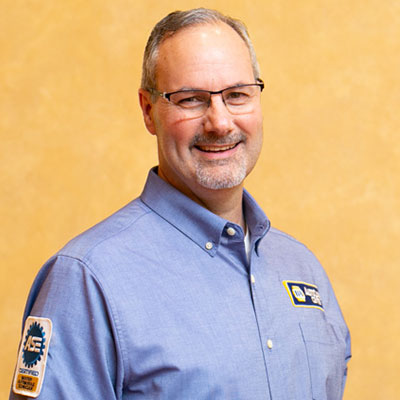 2019 AutoCare Center of the Year

Bockman’s Auto Care, in Sycamore, Illinois and owner, Jon Bockman, are the recipient of the 2019 NAPA AutoCare Center of the Year Award. Jon and his team have been loyal NAPA customers since 1991 and are staunch supporters of the AutoCare program. They’re a 10-bay automotive repair shop who takes pride in hard work, dedication and provide quality automotive and truck care to the DeKalb and Sycamore area.

Jon focused his efforts in unique marketing strategies that helped grow his business and led to big gains, as Bockman explains, “We did things differently, but they were simple – some of our busiest times have been a result of some very simple strategies.” His creativity produced a growth in his business which lead to him being awarded the 2011 & 2012 “Marketer of the Year” by the Chicagoland’s Sharpest Entrepreneurs. Bockman’s also has profoundly impacted their Business Development Group, serving as the President for seven years and Treasurer for five.

Bockman’s Auto Care is heavily involved in the automotive industry, participating in programs and sponsorships that include the Charles E. Bockman Scholarship (a $1,500 tool scholarship to high school graduates for attending Kishwaukee Community College’s Automotive Technology program) and works with Tech Force Foundation to promote automotive technology careers to middle and high school students. Jon has been a speaker at two town hall segments for the NAPA Midwest Division area conference and host to a radio talk show (Garage Radio) where he answers questions on auto repair.

In addition to heavy involvement in the automotive industry, Bockman’s Auto Care finds time to give back to the local community by supporting several Car Care Clinics to raise the awareness and importance of staying ahead of preventative maintenance and repairs. They also host a food drive for a local Women’s shelter. 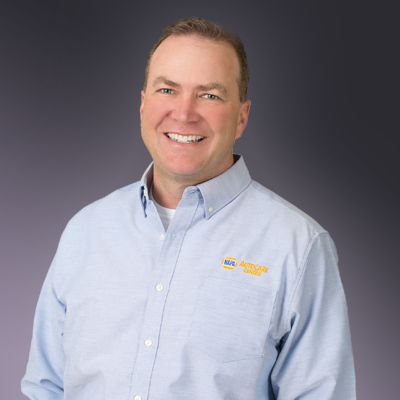 2018 NAPA AutoCare Center of the Year

Eagle Automotive Service, in Littleton, Colorado and owner, Brian Bates, are proudly the first recipients of this new NAPA award. Bates and his team, who operate three shops in Chatfield, Platte Canyon, and Crestline areas, have been loyal NAPA customers since 2005.

Car repair was a tradition in the Bates family, but Brian did not realize his dream of owning a business until 2004, after he had served in the military and earned a business degree. He moved from working on cars to working the business and was impressed with the coaching he received from the local NAPA Business Development Group. Becoming an AutoCare member has remained a win-win for everyone.

Eagle Automotive Service is still known as a hometown company, locally owned, yet with the partnership and support of a nationally recognized brand. The Eagle team has successfully used many NAPA tools and programs designed to help grow their business.

Eagle Automotive shows their appreciation to the communities they serve, working with Metropolitan State University, Department of Defense, Columbine Hills Parks, numerous local sports teams, and Hands of the Carpenter, a non-profit organization that helps meet the transportation needs of single mothers and widows. They support the Intrepid Fallen Heroes Fund along with NAPA.

Brian believes their success is driven by the people in his company who are on the front line, dedicated to customer satisfaction every day.

Caring about their customers, their employees and giving back to their community, that’s what makes an excellent Shop Owner stand out. The customers trust them because of the quality of the service. Being recognized for that leadership not only makes them feel good – it makes everyone else feel even better about doing business with them.

The NAPA AutoCare Center of the Year award is the ultimate way to be honored for everything the Shop Owner has achieved. Get with the NAPA Auto Parts Store or NAPA Distribution Center Sales or Wholesale Manger so they can begin the nomination today.

The NAPA AutoCare Advisory Council will select this year’s winner. Entrants will be judged on:

Thousands of Dollars in Prizes

We are accepting one nomination per Division. The NAPA AutoCare Advisory Council will select the Winner. To enter, click Nominate Now and complete all six tabs of the Nomination information. It will allow you to save throughout the process and return at a later time to input additional information. Once all fields are completed, the Submit button will turn Green and you can make your nomination.